Resistance wire is wire intended for making electrical resistors (which are used to control the amount of current in a circuit). It is better if the alloy used has a high resistivity, since a shorter wire can then be used. In many situations, the stability of the resistor is of primary importance, and thus the alloy's temperature coefficient of resistivity and corrosion resistance play a large part in material selection.

When resistance wire is used for heating elements (in electric heaters, toasters, and the like), high resistivity and oxidation resistance is important.

Sometimes resistance wire is insulated by ceramic powder and sheathed in a tube of another alloy. Such heating elements are used in electric ovens and water heaters, and in specialized forms for cooktops.

Steel wires for wire ropes are normally made of non-alloy carbon steel with a carbon content of 0.4 to 0.95%. The very high strength of the rope wires enables wire ropes to support large tensile forces and to run over sheaves with relatively small diameters.

In the so-called cross lay strands, the wires of the different layers cross each other. In the mostly used parallel lay strands, the lay length of all the wire layers is equal and the wires of any two superimposed layers are parallel, resulting in linear contact. The wire of the outer layer is supported by two wires of the inner layer. These wires are neighbours along the whole length of the strand. Parallel lay strands are made in one operation. The endurance of wire ropes with this kind of strand is always much greater than of those (seldom used) with cross lay strands. Parallel lay strands with two wire layers have the construction Filler, Seale or Warrington.

In principle, spiral ropes are round strands as they have an assembly of layers of wires laid helically over a centre with at least one layer of wires being laid in the opposite direction to that of the outer layer. Spiral ropes can be dimensioned in such a way that they are non-rotating which means that under tension the rope torque is nearly zero. The open spiral rope consists only of round wires. The half-locked coil rope and the full-locked coil rope always have a centre made of round wires. The locked coil ropes have one or more outer layers of profile wires. They have the advantage that their construction prevents the penetration of dirt and water to a greater extent and it also protects them from loss of lubricant. In addition, they have one further very important advantage as the ends of a broken outer wire cannot leave the rope if it has the proper dimensions.

Stranded wire is composed of a number of small wires bundled or wrapped together to form a larger conductor. Stranded wire is more flexible than solid wire of the same total cross-sectional area. Stranded wire is used when higher resistance to metal fatigue is required. Such situations include connections between circuit boards in multi-printed-circuit-board devices, where the rigidity of solid wire would produce too much stress as a result of movement during assembly or servicing; A.C. line cords for appliances; musical instrument cables; computer mouse cables; welding electrode cables; control cables connecting moving machine parts; mining machine cables; trailing machine cables; and numerous others.

At high frequencies, current travels near the surface of the wire because of the skin effect, resulting in increased power loss in the wire. Stranded wire might seem to reduce this effect, since the total surface area of the strands is greater than the surface area of the equivalent solid wire, but ordinary stranded wire does not reduce the skin effect because all the strands are short-circuited together and behave as a single conductor. A stranded wire will have higher resistance than a solid wire of the same diameter because the cross-section of the stranded wire is not all copper; there are unavoidable gaps between the strands (this is the circle packing problem for circles within a circle). A stranded wire with the same cross-section of conductor as a solid wire is said to have the same equivalent gauge and is always a larger diameter.

However, for many high-frequency applications, proximity effect is more severe than skin effect, and in some limited cases, simple stranded wire can reduce proximity effect. For better performance at high frequencies, litz wire, which has the individual strands insulated and twisted in special patterns, may be used.

For geometrical reasons, the lowest number of strands usually seen is 7: one in the middle, with 6 surrounding it in close contact. The next level up is 19, which is another layer of 12 strands on top of the 7. After that the number varies, but 37 and 49 are common, then in the 70 to 100 range (the number is no longer exact). Even larger numbers than that are typically found only in very large cables.

For applications that need even more flexibility, even more strands are used (welding cables are the usual example, but also any application that needs to move wire in tight areas). One example is a 2/0 wire made from 5,292 strands of #36 gauge wire. The strands are organized by first creating a bundle of 7 strands. Then 7 of these bundles are put together into super bundles. Finally 108 super bundles are used to make the final cable. Each group of wires is wound in a helix so that when the wire is flexed, the part of a bundle that is stretched moves around the helix to a part that is compressed to allow the wire to have less stress. 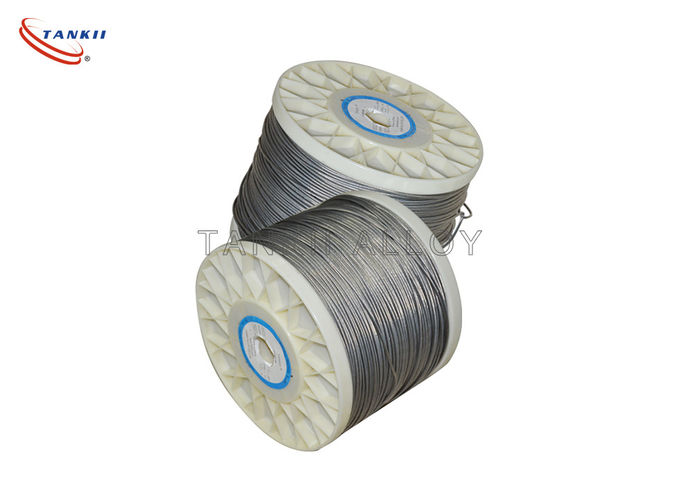 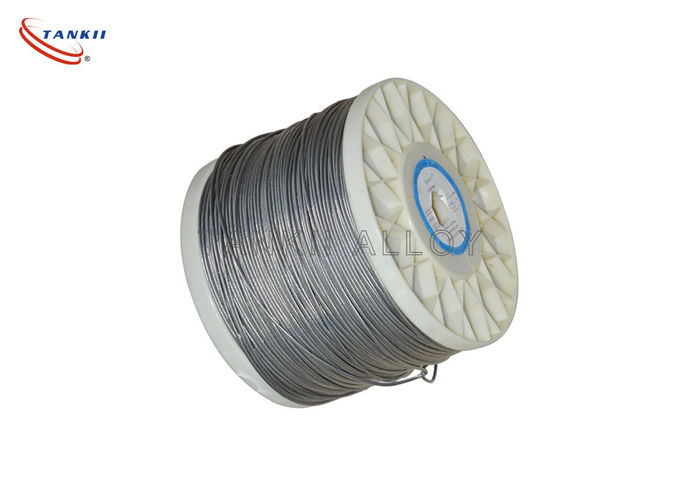